HOW TO COURT A COVERT LADY-  A LADIES COVERT ACADEMY NOVEL

For years, Miss Pippa Chester hid away in fear. . . until a covert academy for ladies posing as a charity group taught her to fence. Blade hidden, Pippa confidently reenters London society, but her new life is threatened when a handsome, flinty eyed lord blackmails her. Pippa must help find his missing sister or he’ll expose the secrets of the academy Pippa would do anything to protect.

Jack Dashwood, Earl of Hartwick is frantic to find his sister, and when her supposed charity group fails to assist, he takes matters into his own hands. The lovely Pippa is as good at finding clues as she is with a sword, and soon they’re chasing leads. But the double-edged danger of his fascination with the mysterious Pippa combined with the passion that sparks with each kiss threatens to sidetrack their investigation. . .  and overwhelm the control that Jack so desperately needs.

As Pippa and Jack battle thieves, a duel, and shadowy powers in parliament, they must trust in the most powerful weapon of all. . . their hearts.

How to Court a Cover Lady excerpt:

Praying he was a deep sleeper, Pippa tucked her gloves into her waistband and uncoiled the length of rope she’d strapped to her side. With fingers light as thistledown, she tied the ends to his wrists.

A lock of hair fell over his brow, and she could no more stop her hand from smoothing it back than she could stop the sun from rising in two hours’ time.

His hair was soft as rabbit’s fur beneath her fingers.

She knew she should leave.

She knew staying was the height of folly.

Exhaling, she tried to push the wanting away. It did not leave her.

And so, allowing the inevitable to pull her to the bed like the very force of gravity, she sat beside him and ran her hands through his thick locks.

She stilled, her fingers entwined in his hair.

His eyes found her, and a spark lit in their sleepy depths.

“A dream,” he murmured, raising his head.

She leaned down to meet him, lips pressing against lips. She twisted so she lay alongside him, stroking his cheeks, his jaw, the strong column of his neck with her fingers. Lazy, drugging kisses filled her senses, filled every empty place in her heart.

This was what she wanted.

He moaned, and the muscles of his chest and shoulders bunched beneath her as he moved his arms.

As he tried to move his arms.

He jerked, and Pippa pulled back, regret constricting her like a punishing corset.

Jack’s head swiveled side to side, taking in the ropes.

“What have you done?” he growled.

“I cannot let you duel that man,” she whispered.

His arms flexed as he pulled against his bonds.

“I challenged him,” she said, sliding off the side of the bed. “My honor was impugned by his actions.” Her hands clenched at her sides. Already, the soft coolness of his hair through her fingers felt like a distant memory.

“I cannot let you fight him,” Jack said through clenched teeth. He continued to pull at the ropes. 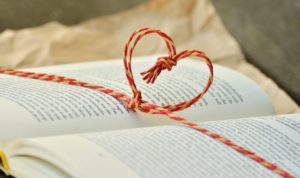 Desperate to help save her family from financial ruin with her new governess post, Charlotte Wexley assumes her biggest challenge will be the two rascally orphans in her charge, not their handsome, rakish uncle and ward, the Earl of Huntingdon, who manages to spark her temper—and her heartbeat—at every turn.

Lord Simon Preston’s libertine life is upended when the earl’s brother and sister-in-law die, leaving him guardian to his wild niece and nephew who drive away a series of grim governesses.  The newest hire, Miss Charlotte Wexley, is not what Simon had been expecting.  She is young, lovely, and unafraid to put him in his place, and sparks soon fly between the fiery governess and the rakish earl.  Heated words lead to sensual temptation, and soon they cannot resist passionate stolen kisses.  Thoughts of Charlotte tempt Simon to visit the nursery, and he begins to connect with the children.  Charlotte sees glimpses of the real man behind the jaded mask, but she must ignore the yearnings of her heart, for putting her position—and her family’s very survival—at risk is beyond foolish.  When suspicious accidents threaten Simon and the children, Simon and Charlotte must fight together against an unknown threat and for their happily ever after.

“My lord, I assure you that I am a hard worker, and the children shall receive excellent care while I am their governess.  I do know how to be civil despite the bit of evidence to the contrary this morning.  I pray you can forgive me for m-my—” Charlotte stuttered, the next words bitter on her tongue.  “. . . for my insolence.”

In reply, the earl picked up a thick slice of bread slathered in brie and ham and took a slow bite.   Charlotte stared in confusion.  How was she to interpret the man’s silence?  Was he so offended by her forwardness in addressing him that he had decided to completely ignore her presence?  Had his ennui famished him to such an extent that he must eat before replying?

He set down his food, then picked up a second helping of the same.  He stretched his hand out, offering her the snack.

Charlotte walked forward slowly, then reached out to take the food.  Her fingers grazed his, and a strange tingle shivered through her.  She quickly pulled away, taking a large bite to mask her response to the accidental touch.  The creamy brie, salty ham, and thick, crusty bread were a delicious combination, and  she briefly closed her eyes as she chewed.  Her dinner had been hours ago, after all, and the children had required quite a large amount of energy.

“Thank you,” she said, before taking another bite.

“Miss Wexley,” he drawled, leaning his hip against the table.  “It is so very bourgeois of you to apologize in such an earnest manner.  I myself never apologize for anything.  It rather gives people the false impression that I care what they think.”  He took another bite of his sandwich.

Charlotte’s brow furrowed.  What was she to make of that?  “So, I should not apologize to you, since I don’t care what you think?”

One edge of his mouth curled up.  “Brava, Madame Governess.  An excellent attempt at a snub.  However, the reality is that you do care what I think, since I am your employer, and your entire economic fate rests in my uncaring, aristocratic hands.”

Charlotte gasped, but he merely flicked a crumb of bread off his sleeve and continued.

“The truth of the matter is that if you manage to keep the children safe, reasonably well tended, and completely out of my way, you may keep your post until the end of time. . .  or until they reach their majority, whichever comes first.”

Charlotte sagged in relief at the news that her job was safe, even as she pondered the coldness of his words.  She must have loosened her grip on the blanket, for she suddenly realized that his previously indifferent gaze—now looking quite the opposite of indifferent—was locked onto her chest.  She looked down to see the blanket gaping open, revealing her thin chemise and quite a bit of cleavage.

“Oh!” she cried, gathering the blanket together and holding it tightly at her neck.  Her cheeks felt hot, and she glared at him.

“A gentleman would not look!” she accused.

“A lady would not show,” he replied, his soft voice mocking.  Something in her face must have revealed the level of her distress, for his gaze softened infinitesimally.  “Your job is secure, Miss Wexley.  Off to bed with you now.”

Charlotte practically dashed from the room.  The rude, odious, insufferable, arrogant, improper man!  He was. . .  he was. . .  “A bastard!” she muttered to herself, finally thinking of the most appropriate inappropriate word for a man of such low behavior.

As Charlotte crawled into her bed, she told herself that the flare of heat in his eyes when he’d looked at her—not to mention her answering shiver—was surely a figment of her imagination.

Georgette Wexley, a gifted linguist, puts her natural big sister bossiness to use as a foreign language teacher at an elite finishing school in Bath.  When she is hired away to serve as a private tutor to a bullied student, Georgette is grateful for the extra money she can send home, but her charge’s charming, handsome older brother’s request for private French lessons leaves her heart beating rapidement.